Heidi Jo Hines, singer, songwriter and guitarist, with a great, powerfull and lovely voice, really is a talent as a rock singer.
Heidi is daughter of two great persons: Denny Laine and Jo Jo Hines  and have two lovely childs Jaylie and Jesse. With influences from the Stones, Janis Joplin, Thin Lizzy, Deep Purple & many more musical greats of the past Heidi and his rock band Earth Prayer -sound fresh and vital- from London are on a mission to bring back Rock n’ Roll in it’s truest form.
Earth Prayer is: Heidi Jo Hines-lead singer, Ian Montlake-lead guitarist, Max Edwards-Bass, Gonzalo Carrera-Keys and Nicola Barchiesi-Drums. 2014 is the year of Earth Prayer…and we talked about it! … 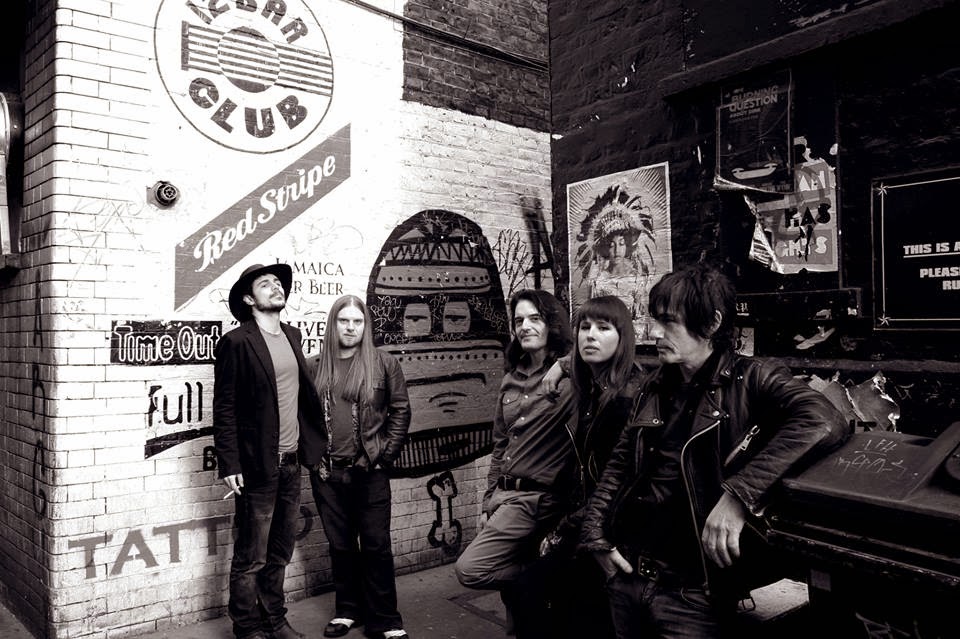 BEATLES  MAGAZINE: Heidi, you began very young in the music…which was the opinion of your parents about you pursuing a musical career?

Heidi Jo Hines: Both my parents are musical, so it wasn’t even a question growing up, I naturally gravitated towards it and they supported me. when I was 21 My father advised me to study and go to theatre school to train properly ,but I ended up on a different path learning the hard way on my own, which took longer, but I wouldn’t change a thing.

My mother also wanted me to pursue art as I love to draw ,so I took Graphic design for a year ,but it didn’t give me the same thrill ,so I switched my subject to Music Theory, but only for a year as I moved back to England. The rest, as they say…is history. 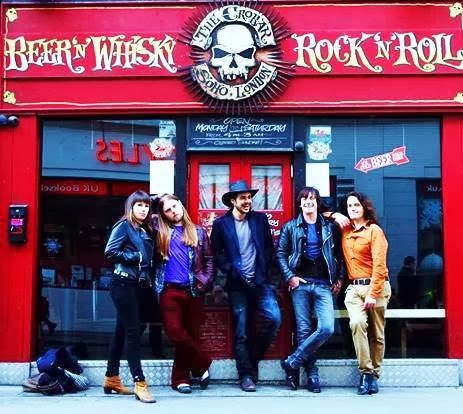 Check this out on Chirbit

BM: What have been your musical influences?

HJH: Both my parents of course,  Janis Joplin,Aretha Franklin , Michael Jackson,and creedance clearwater… there are too many to mention.

BM: Heidi you  touring with Wings in the seventies, can you tell me about this days?

HJH: It was a lot of fun , I remember being on planes, tour buses, living like a gipsy and loving it. Being back stage was fun, I remember seeing Wings performing from the side of the stage and I was dancing along . The whole atmosphere was magical!

BM: You have contact with the McCartney´ family? with Mary or Stella?
HJH: Not anymore, I used to see Paul and Linda years ago around where I live as we lived in the same area and everytime I would see them, they were very warm and would always greet me with a big hug, but I moved to America and lost touch.
Mary’s children attended the same school as mine so we would see eachother and say hello. I saw stella years ago and she remembered me from when I used to go to their house during the wings days ,she was very lovely, but I haven’t seen her since.
BM: You are a mother to two beautiful children, they like music?

HJH: Yes very much, My daughter Jaylie who’s 12  loves to sing and act, she is a natural.Jesse my son is equally as talented and has such a sweet voice.

BM: Please tell me about  “Everything I ever Wanted” a session with your father and great musicians
HJH: I was working with my friend Keyboardist Gonzalo Carrera on a project and we were asked by Odette Winstanley from the Classic Rock Society to perform on’ Everything I ever wanted’ a song she wrote to raise funds for the CRS.
Gonzalo is good friends with Hugh McDowell (ELO)so he asked him if he would play the Cello . Andy Thomas has done sessions for David Bowie,George Benson and Steve Winwood, did the  Programmed drums and my dad Denny Laine (Wings/Moody Blues)who happened to be in the country at the time did the lead guitar.
It was a great experience to be on such a lovely record with such talented musicians. 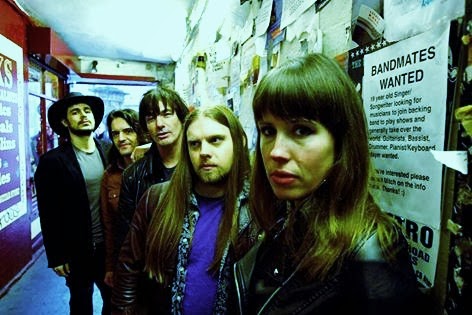 BM: Do you include Wings´ songs or your father in the setlist of your shows?

HJH: Not with my band Earthprayer , but Gonzalo and I do a covers duo ocassionally and I sang “Mull of Kintyre” for the first time recently ,it went down a storm.. so watch this space.

BM: New projects to this new year with your group Earthprayer? Maybe a new album… maybe a tour?

HJH: Yes this year will see the proper birth of Earthprayer , we’ve recently signed with manager Geoff Eaton in the states with his company Respectable Artists, we will be releasing our EP through Respectable, distributed by Universal/Interscope… and touring parts of Europe.

BM: Thank you very much Heidi, is a honour talk with you, thank you.

HJH: I´m really grateful to be asked by you to be interview for Beatles Magazine, it´s one of the best Online Magazines out there and very well respect!.