Britain’s Cabinet Office publishes a list of the people receiving honors for merit, service or bravery twice a year: just before New Year’s Eve, and on the Saturday in June when Queen Elizabeth II’s birthday is officially observed.

The New Year’s Honors List made public late Friday revealed that Beatles drummer Ringo Starr have been tapped as knights.

These are four of the people picked to receive knighthoods in 2018: Ringo Starr , Barry Gibb, Michael Morpurgo (author) and former British Deputy Prime Minister Nick Clegg.
The process starts with nominations from the public, which first are reviewed by a specialist committee and then by a main honors committee. The nominations are then sent to the prime minister before the various honors are bestowed by the queen or senior royals.

“It’s great!” Ringo said of his knighthood in a brief message Friday. “It’s an honor and a pleasure to be considered and acknowledged for my music and my charity work, both of which I love. Peace and love. Ringo.”

The knighthood will allow Ringo, 77, to join Paul McCartney as 1960s rock royalty honored by the queen. Ringo is set to be knighted in the New Year’s Honours. Ringo, 77, will be recognised for services to music and charity.

The Liverpudlian is said to be ‘made up,’ a friend told The Sun- last week -, who added that it is ‘richly deserved, if a little overdue.’
His award, for lifetime services to music and charity, in the New Year’s Honours will be formally announced next week.
A close family friend added: ‘It came as a bolt from the blue. Ringo was totally knocked sideways but is chuffed to bits.’
Ringo’s last visit to the Palace was in 1965 when all the Fab Four were awarded the MBE. Despite being only the second of the Fab Four to receive the honour, John returned his MBE to the Queen, while Paul accepted his in 2004 and George awarded an MBE in 1965.
A source said: ‘Sadly, two of the Beatles, John Lennon and George Harrison, are no longer here to be honoured in a similar way. ‘But giving Ringo a knighthood will go some way towards recognising the enormous contribution The Beatles made to popular music.’ 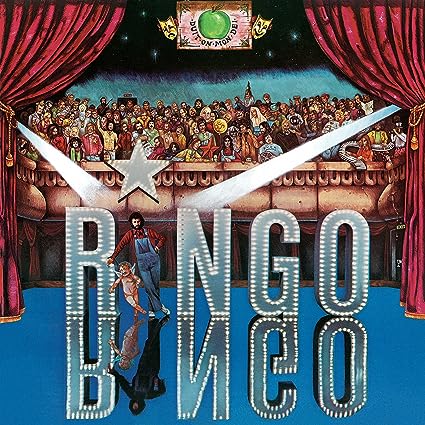 Last month we reported that Ringo’s 1966 Mini Cooper S Radford was going across the block at Bonham’s December auction and expected to make around £100k.

The estimate was bank on the nose, with the Mini fetching £102,000 and in the process skipping from one pop era to another, with Ringo’s Mini snapped up by former Spice Girl Geri Horner (née Halliwell).

Not noted for her driving skills (the Ginger one has managed to have more than a knock or three), it’s probably as well the 1960s Mini isn’t, by modern standard, especially quick. Still, Ringo’s hatchback conversion on the Radford will come in handy for a buggy.

But it wasn’t just Ringo’s Mini at the Bonhams sale sprinkled with celebrity fairy dust, there were a few other notable former star owners on the sale list. Paul McCartney’s Aston Martin DB5 returned to the saleroom (it was sold at auction in 2012) after a complete restoration (reportedly courtesy of Chris Evans’ ownership) and sold for £1,345,500, a big jump on the £307k it fetched in 2012.