In the first half of 2017, vinyl continued to be the only format of music where sales rose, though a quick look at the titles that are performing the best shows that the wax record buyer isn’t necessarily the same person who is watching the chart and keeping up on the biggest hit singles.
The bestselling vinyl album in the first six months of 2017 is: The Beatles’ Sgt. Pepper’s Lonely Hearts Club Band. The legendary title, widely regarded as one of the best albums ever recorded, is 50 years old this year, and yet the public simply can’t get enough of it. To celebrate half a century, the British band released a remastered, remixed version of one of its most successful full-lengths, and that new item helped Sgt. Pepper’s rise on charts all around the world, Sgt. Pepper’s Lonely Hearts Club Band hit No. 1 on the U.K. albums tally and it broke into the top five yet in United States. Many true Beatles lovers opted to pick up a copy of the newly-updated collection on vinyl, as the record has sold 39,000 copies in the U.S. 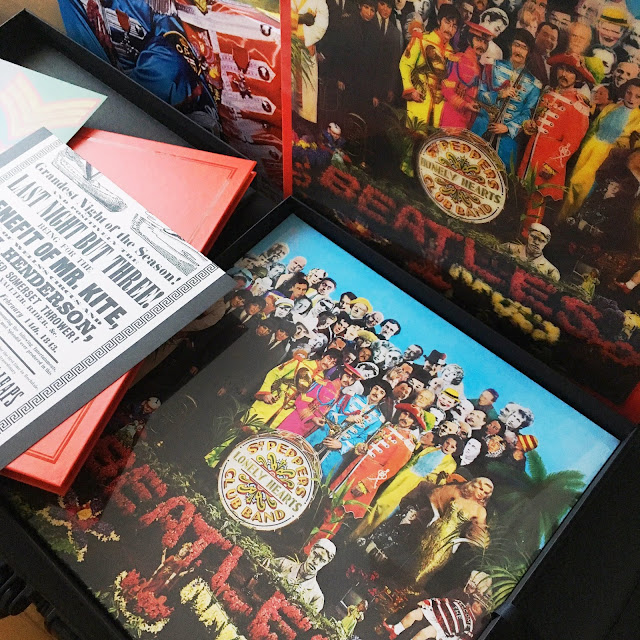 The jazzy La La Land soundtrack comes in a close second place, just a few thousand units behind The Beatles. Guardians of the Galaxy: Awesome Mix Vol. 1 is in third place.Catalog records make up the rest of the top five, as Bob Marley’s best of collection Legend and Amy Winehouse’s breakout blockbuster Back To Black sit comfortably at Nos. 4 and 5, respectively.

The Beatles are the only act that appears twice on this listing, as Abbey Road comes in seventh place, right behind Ed Sheeran’s Divide, which is the bestselling album of 2017 so far (when all formats are taken into consideration), though not the bestselling vinyl album.

Paul, was seen shaving on a hotel balcony in Miami, hours before his One on One tour performance on Saturday.
Paul recently announced he will tour Australia as a solo artist for the first time since 1993. Paul will commence his tour in Perth on December 2, followed by Melbourne on December 5, Brisbane on December 9 and Sydney on December 11. He will then travel to Auckland. 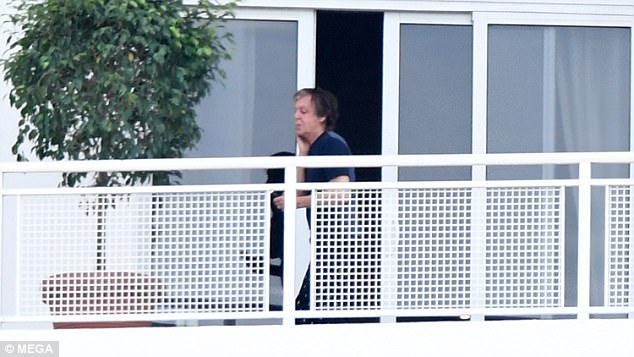 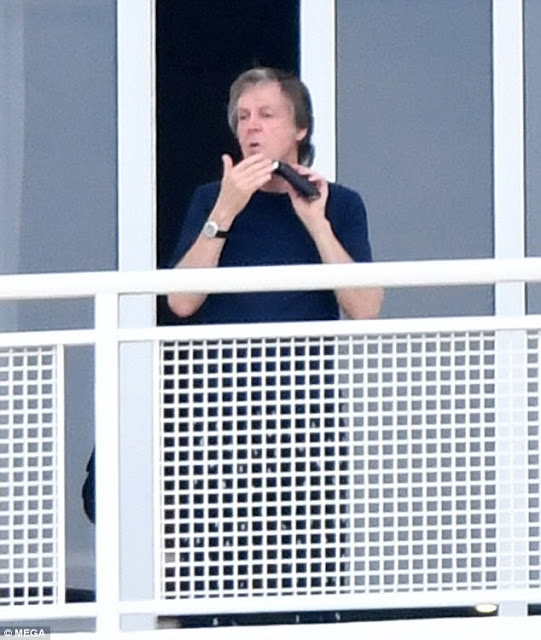 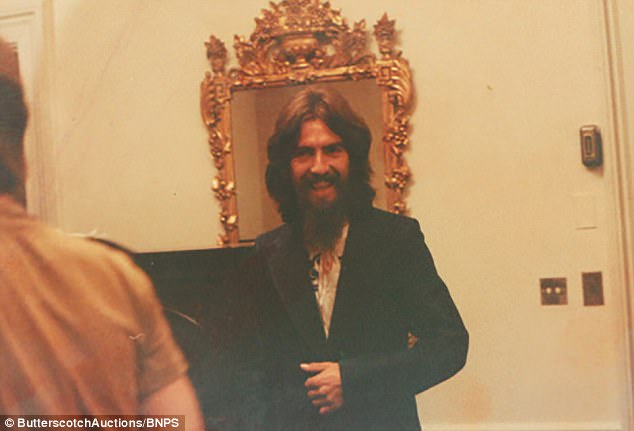 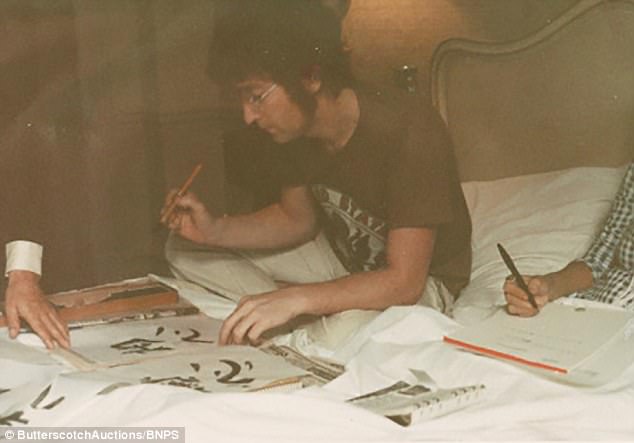 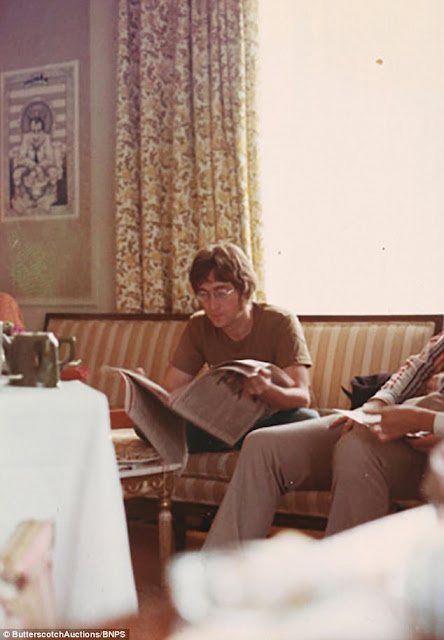 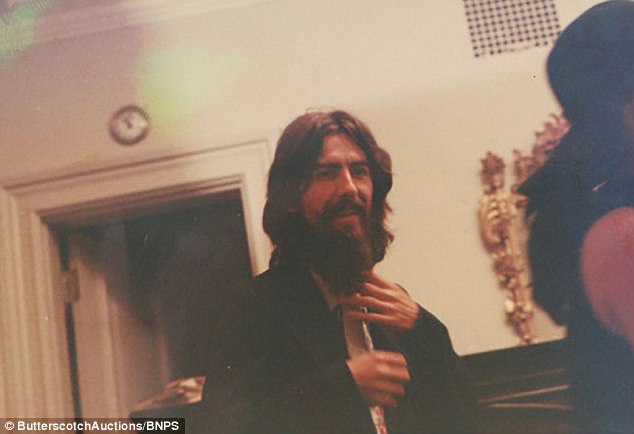 WIN TICKETS TO THE BROADWAY SMASH HIT MUSICAL “RAIN” COMING TO THE UK FOR THE 50TH ANNIVERSARY OF SGT PEPPER’S LONELY HEARTS CLUB ALBUM THIS OCTOBER IN GLASGOW, WALES & PORTSMOUTH.
The fantastic Beatles tribute show RAIN launches in the UK and will be performing in Glasgow on the 1st, Llandudno, on the 2nd & Portsmouth on 4th October, with 4 shows at The London Palladium on 5-7 October where The Beatles performed almost 54 years ago on the same stage!
seetickets.com
Come together and join Rain to celebrate The Beatles 50 years of the greatest albums of all time. ‘Sgt Pepper’s Lonely Hearts Club’. Expect to see a psychedelic extravaganza featuring your favourite Beatles hits; “I Want to Hold Your Hand,” “Hard Day’s Night,” “Let It Be,” “Hey Jude” and many more, plus the full Sgt Pepper’s album soundtrack including ‘Lucy In The Sky’, ‘I get by with a little help from my friends” and “When I’m sixty four” performed in full, glorious technicolour with LED screens and high definition multimedia content! The show has been a smash on Broadway, hailed “The next best thing to seeing The Beatles” by Associated Press. http://www.raintribute.com
BEATLES MAGAZINE are giving you a chance to win a pair of tickets for one lucky winner to take along a guest to see this fantastic show. All you have to do is answer this question:
How many weeks did this album remain at number one following its
initial release?
A. 25
B. 26
C. 27
Send email with your answer here: beatlesmagazine@yahoo.com
Results: Sat 22 July, 2017.