He’s performed before millions of fans with a ‘who’s who’ of music’s elite including Elton John,Bruce Springsteen,Don Henley,Tony Bennett,Paul Simon and Paul McCartney. And now Mark Rivera, longtime Billy Joel band mate and Ringo Starr’s Music Director steps into the spotlight with his first solo album:”Common Bond” an eclectic mix of his rock,pop and soul influences rolled up into a new package of 8 original songs and 2 covers, sure to appeal to the huge audiences he’s been reaching for so many years.
BEATLES MAGAZINE: Mark, you are a fantastic and talented musician, you play soprano, alto, tenor and baritone saxophones, flute, guitar, percussion, keyboards, and vocals. Also musical director. How do you begin in the music? Who are your musical influences?
Mark Rivera: I began playing guitar when I was six years old as it was the first instrument in our home. When I was eight my Father bought me my first Alto Saxophone. The BIGGEST influence on my musical career had to be February 9th 1964 when The Beatles appeared on The Ed Sullivan show. My Life was Changed Forever after that n=Sunday night.
BM: Can you tell me about your latin roots ? Where did your family come from ?
Mark Rivera: My Father: Deider Rivera was Born and raised in Puerto Rico and my Mother Angela Crocco Rivera was Born in Brooklyn New York. Her Parents were both Italian.
BM: Your work as a musical director with  Ringo Starr and His All Star Band, Billy Joel and Elton John has gained recognition from all the world. In 1995, you joined Ringo & His All-Starr Band, how both are contacted?
Mark Rivera: The only connection would be the fact that I had been working with Billy Joel & Elton John so when Ringo was looking to replace Clarence Clemmons my name came up through George Travis. He & I met years ago working with Billy.

BM: Is there any special reason why Ringo does not include “Octopus´s Garden” or “What Goes On” in the set list of this tour?

Mark Rivera: Ringo prefers not to do Octopus’s Garden because he say’s Yellow Sub is already a song about the Sea. As for What Goes on I’m still working on that on so don’t count it out.

BM: What is your favorite beatles album and why? and Ringo´s album? (I know that you saw the Ed Sullivan Show in 1964!)
Mark Rivera: I would have to say that Revolver is My Favorite Beatle Album.The reason for that is, at the time they just (Did It AGAIN)…
They too Everything that we thought we knew about Beatle Music and Turned it Upside-Down. Im LOVE the sound of Ringo’s Drums on “He Said, She Said” and “Tomorrow Never Knows” I especially Love John’s lyric on “Tomorrow Never Knows”
My Favorite Ringo album STLL has to be “Ringo” The songs were Amazing and It’s when the world found out Just How Great He Is.

BM: Over the years, you worked with Hall & Oates,Peter Gabriel,Tycoon, Simon & Garfunkel, Billy Ocean, Joe Walsh and more. Can you tell us about your work with John Lennon in 1975?

Mark Rivera: It was Unbelievable. It was the first time I had ever met anyone the Important in my Like. And I mean Important regarding how that person Changed my life. He was one of the Funniest men I’d Ever had the pleasure to spend time with and just like Ringo he was the most Present and In The Moment Human Being I’ve ever met.

BM: Mark, please tell me what you’ll be doing next year, new projects?

Mark Rivera: Well, Right now in the middle of preparing for Billy Joel’s New Years Eve Show at the Barclay Center in Brooklyn (Where I Was Born)
But at the same time I’m THRILLED to be launching my Solo CD “Common Bond”. It will be released on February 18th, 2014.
BM: This is fantastic, can´t wait for this album, I know about one song with Ringo in your new material, can you tell me about this track with Ringo?
Mark Rivera: The title is “Money, Money, Money” and the WHOLE song had to be re-written once Ringo put his Drums on it.  His playing was a Gift and my Producer (Jimmy Bralower) said “Buddy… Now we’ve got to Raise the bar. It’s one of my Favorite songs on the Album”.BM: Thank you so much Mark, I follow your work many years ago, It’s safe to I say that you has touched many through of  your wonderful music.
Mark Rivera: Beatles Magazine ROCKS! It’s a place were Beatle Fans can go to to keep up with “The Greatest Band EVER”
And THAT”S a FACT!
Dearest Lovely Rita, Thank You for your Kindness and “Where Would We Be Without You”… (Paul 1967) 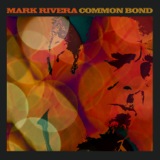